Last Sunday was the Cobble Hill 10k. My first race at that distance and I had already decided that I would run it at the same pace as my 8k and see what happened. The course is flat-ish with some subtle long hills that you don’t realize you are climbing until later when you run back down and feel like a hero. I battled a few people the whole time and near the end decided that one of the racers I was running with might be in my age category. So, right at the end I burned him on the sprint across the finish. It turns out that that burst put me into the top 10 which gets you a ribbon at these things. Somehow the normal fast field of runners wasn’t there so, what would have been a finish closer to 15th or 20th landed me on the “podium”. I’ll take it any way I can get it. The 35-39 category is fast! Anyhow, I’m loving racing right now. It feels really good and seems like something that I’m suited to somehow. We’ll see where it goes. 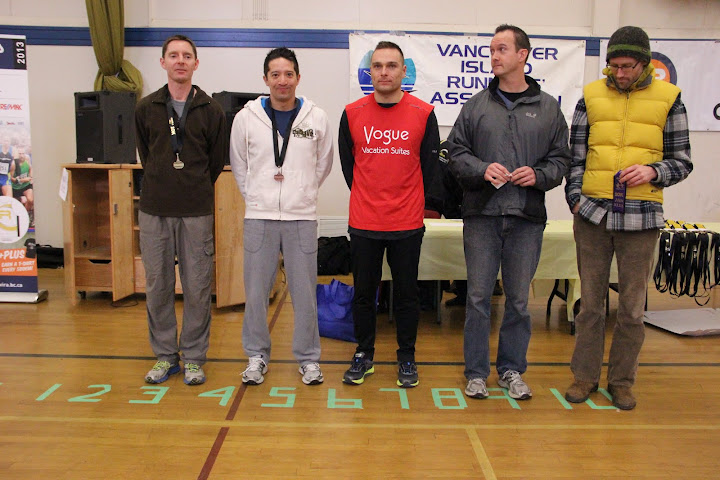 on the ten spot

These people inspire me. Anyone who would race for 70+ daysaround the world alone in the wildest ocean waters has a character worth aspiring to. I need some of this in my life right now from myself. I know it’s in there, but somehow spending days in chairs doesn’t do it.

Now that I’m a seasoned runner with a whole year of training under my belt and something like 3 races behind me I’ve decided to run in a race series for money and points. Of course, I wont be seeing any money and they give points to everyone and it’s not likely that I’ll earn enough of them to place. So, I guess I’m really just running for the sake of running in a competitive field.

Last Sunday was the Pioneer 8k road race. That’s 5 miles and the shortest race I’ve been in. I seem to be running shorter and shorter races so maybe by this time next year I’ll be doing 100 m sprints? Some may think a short race would be dramatically easier than a long race and you would be wrong. Or at least I don’t think it works like that. In an 8 k you basically push yourself as fast as you can go for the half hour of the race. And, trust me, you can put yourself in a lot of pain in those 30 minutes (or 35 minutes 50 seconds in my case). You hardly have the chance to settle into a slow and easy rhythm. At the start you are gasping to warm up. There’s a kilometer in there where things all seem good and then the last 3 or 4 ks you begin to wonder if you can hold it all together or if it might be better to just stop and walk for a while. Or take a nap. This race I did no walking or napping. I actually managed a very steady 4.5 minute per km pace (a bit over 7 min miles) for the whole race with only a few seconds variation along the way. The uphill finish was a sprint and then it was over and soon all the pain drained away to joy at having done it. Like all races, that joy far outlasts the pain of the race. So onward with the racing.

I ended up placing 19th in my age group (of 33) and 216 overall in a field of 655 people. I was 3 minutes off a ribbon. That’s a wide margin in a short race. But I was proud of my time. 36 min was my target, so I nailed that. I’m consoling myself by noting that this race is part of an elite race series that tours the whole province. It also had some of the fastest runners in Canada in it. Blah blah. Only thing to do is keep training and get faster.

Fiona ran the race too. She’s been doing the series for years now and had her second best time in an 8k. She didn’t think she placed, but it turns out that she landed 5th in her age group. She’s on her way to running her 3rd 50 k race and is a true ultra runner. She’s a machine.

At the awards ceremony a friend of Fionas who hadn’t run the race asked if Fiona was interested in a little trail run. I got roped in too and we ran another 13 kms. That nicely brought my day up to a full half marathon with both fast road running and slow trail running up big hills. I thought I was pretty cool until I talked to another friend who ran the 8 k and, for his birthday miles, ran another 42 k back home along trails and back roads. Super awesome. Amazing to see how fit some folk are. Now that I’ve been tested and survived some longer runs, i’m thinking about the 50 k distance. Maybe the sun mountain 50 k in May? I’d like to run something like that to see if I can finish and see how that feels. I still haven’t run into any walls while running. Never reached the point where my body was screaming at me to stop. I think it’s time to push that edge a little bit and see if I can walk (or run) away from it.

The Sunday after this one is the Cobble Hill 10k. Should be similar to the 8k in terms of pain and speed. Argh. But I’m sure I’ll like it when it happens. Looks like I’ll need a 43 minute 10k to come close to a ribbon. then maybe a little trail run?

Enough with that dreariness. A little light to start the new year. This was a fun surf morning at Jordan River. Chest high with only a few people out. Lots of waves. First surf of the new year couldn’t have been better. Love the feeling of drive from a thruster. Back foot speed with front foot trim and golden sunlight glinting off of the wall in front of you.

This from just before the new year. A bright trip in the middle of the dark northwest. Skiing up on Willamette Pass with some fresh powder around and good friends.